WINNIPEG BLUE BOMBER FOOTBALL CLUB, NEWS THAT SHE WOULD BE THE FIRST WOMAN ENGRAVED ON THE GREY CUP, CAME FROM JEFF McWHINNEY “THE KEEPER”

Dayna is the President and Chief Executive Officer of Economic Development Winnipeg Inc., one of the most important agencies in the province of Manitoba. It’s an agency that encompasses YES! Winnipeg and Tourism Winnipeg. She is very busy.

Her name is on the Grey Cup because she does more than just run Economic Development Winnipeg Inc. She also sits on several boards of directors and volunteers her time with organizations that make her community better.

A few years ago, her friend David Asper called her and asked her to put her name forward to serve on the Board of Directors of the Winnipeg Football Club. She became vice-chairperson in 2016 and then in January of 2019, she became the board’s chairman. She became chairman at a very opportune time. The three people who ran the everyday business of the football club, President Wade Miller, General Manager Kyle Walters and Head Coach Mike O’Shea had put together a tremendous football team that was on the verge of winning a championship.

Dayna got to the summit of the business world in Winnipeg by staying in school and working hard. She earned a Bachelor of Laws degree from the University of Manitoba after she had completed an Honours Bachelor of Arts degree in Political Science, also from the U of M. Dayna took part in the Directors Education Program at the Rotman School of Management In 2015, at the University of Toronto, obtaining the ICD.D designation.

In the early 2000s, after completing her law degree, Dayna went to work as an associate at the law firm of Aikins, MacAulay & Thorvaldson LLP.

She then went to work as the former chief strategy officer and general counsel of the Canadian Wheat Board (CWB), where she prepared the federally controlled business for privatization. The entity sold for $550 million in 2015 after being valued at just $100 million in 2012.

She believes deeply in volunteerism and led the team that brought the Gold Medal Plates competition to Winnipeg and as the current chair of the Winnipeg Football Club she is not paid for her duties. She is only the second woman to serve on the Canadian Football League’s board of governors.

In November of 2019, Dayna Spiring became the 3,803rd person to have their name engraved on the Grey Cup and the very first woman. She was informed of that historic feat before the Grey Cup game in 2019 by the Keeper of the Cup, Jeff McWhinney. Later, at a Grey Cup luncheon, the great CFL quarterback and coach John Hufnagel said to her, “You, know, Dayna, if the best team wins tomorrow you will be hoisting the Grey Cup.” Well, the best team won 33-12 and yes, Dayna Spiring hoisted the Grey Cup.

And perhaps it was fitting that the year in which the first woman appeared on the Grey Cup, Georgina Paull and Emily
Clarke became the first women to officiate a CFL game. The world is changing for the better and Dayna Spiring is part of
that change. 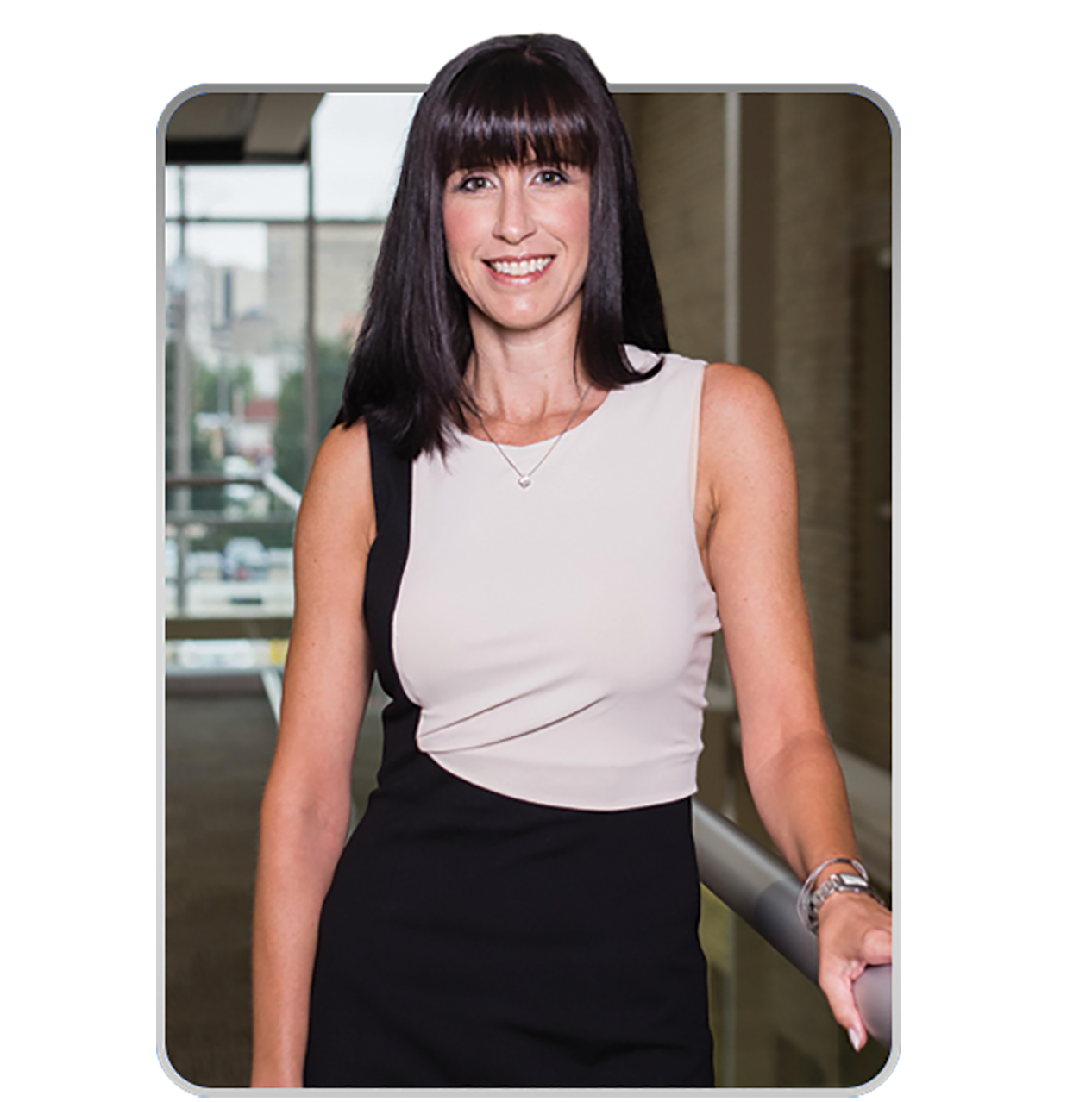